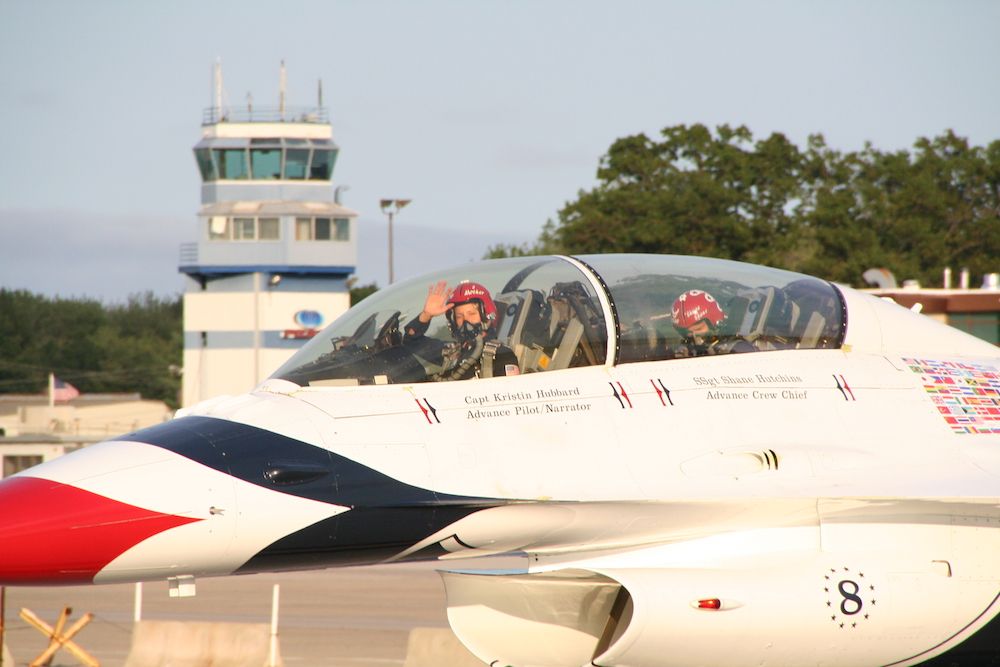 The 2019 Fort Wayne Air Show, featuring the United States Air Force Thunderbirds, is looking for a hometown hero to be nominated to the Thunderbirds for a potential ride of a lifetime in an F-16 Fighting Falcon. Nominations are being accepted for an individual who is deserving of this opportunity – someone who has performed a heroic act, changed a life or is simply an everyday hero.

The Thunderbirds host a “Hometown Hero” Orientation Flight Program in communities throughout America during their show season. This program is designed to showcase American citizens doing amazing things in their communities, paralleling the amazing efforts put forth by America’s Airmen every day.

Heroes might include, but are not limited to: wounded warriors; an average citizen who heroically saved a life; a renowned teacher; a community humanitarian volunteer; a local firefighter, paramedic or police officer; one who mentors children or volunteers as a coach or tutor in a youth program; or someone who dedicates their life to working with at-risk children. Nominees need to be top performers, and looked at as a positive role model.

People ineligible for the program include, but are not limited to: active-duty military members, elected and appointed officials, unit honorary commanders, newscasters, reporters, board directors or other individuals who have the ability to garner publicity in their own right. To avoid misperceptions, the Thunderbirds are unable to fly individuals whose main hometown hero flight justification derives from actions in support of their local military installation and its personnel.

Submissions must be received by March 31, 2019. Fort Wayne Air Show organizers will review submissions and submit the most compelling submissions to the Thunderbirds for their consideration. The Thunderbirds will announce their selection closer to the air show.