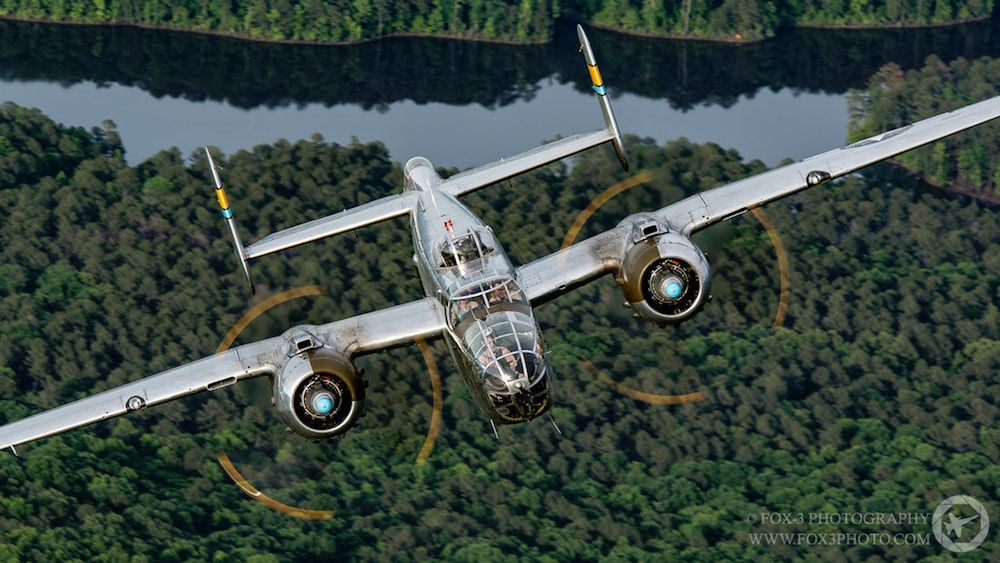 "Miss Mitchell" is the pristine example of what a dedicated group of volunteers can accomplish. Donated to the Minnesota Wing in the 1980's, volunteers immediately began a complete ground-up restoration of this versatile medium bomber. After a 12 year restoration by the Minnesota Wing of the Commemorative Air Force, Miss Mitchell took her first flight on April 18, 1992 ~ exactly 50 years to the day of the daring Doolittle raid.

The B-25 placed itself in World War II history books on April 18, 1942 when 16 of the medium range bombers launched from the deck of an aircraft carrier in the Pacific Ocean and bombed mainland Japan. Led by Lt. Col. James "Jimmy" Doolittle, America had begun to turn the tables on the Japanese. The B-25J "Miss Mitchell" served in the 310th Bomb Group, 57th Bomb Wing of the 12th Air Force in North Africa and Italy completing over 130 missions. Its legacy of no crew fatalities during all of its missions was a rare accomplishment.

Today, Miss Mitchell appears at air shows and special events throughout the United States and Canada. The Commemorative Air Force Minnesota Wing operates a History Flight program which gives you the opportunity to fly as a crew member on Miss Mitchell!