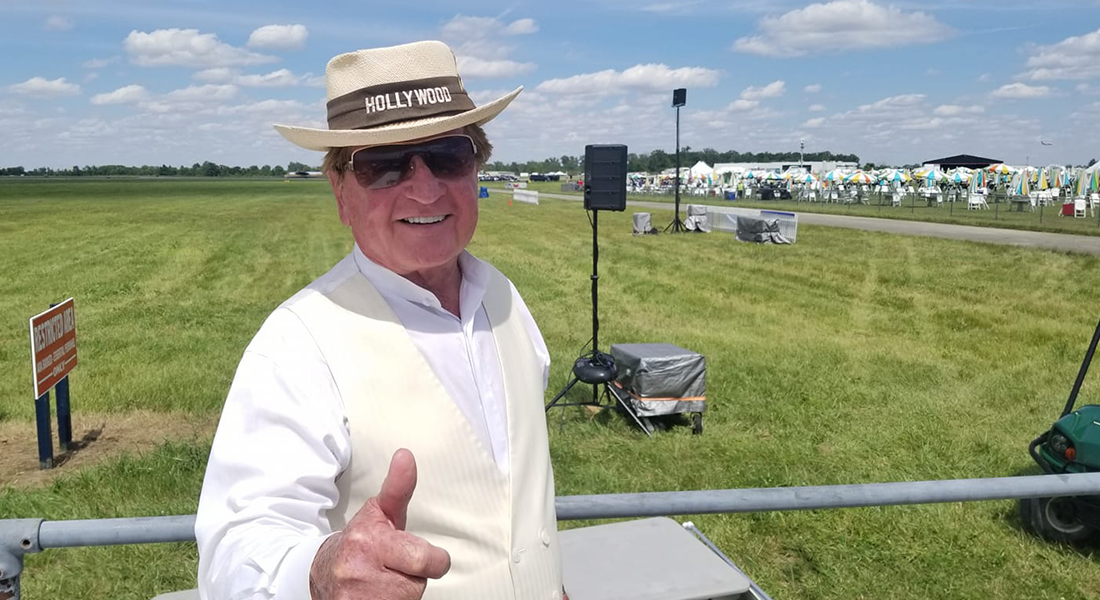 Danny Clisham brings unmatched knowledge and aviation experience to the announcer's stand of the Fort Wayne Air Show. His ability to paint a verbal picture places spectators in the middle of the action.

An Ann Arbor native, Clisham's love for all things aviation began at an early age as he watched his uncle and his friends build, modify and re-build aircraft of all kinds in a garage not far from his house. Clisham bought a Piper Club and learned to fly shortly after graduating from high school and went on to build a career as an airline pilot with more than 30,000 flying hours to his credit. He's set and broken international speed records and was a test pilot on a project to turn a Boeing 747 jet into a supertanker to fight forest fires.

How Clisham's career as an air show announcer began is the stuff of legend -- and serendipity. While at an air show in Elkins, W. Va in October 1965, a local TV anchor was struggling to describe the performances that were unfamiliar to him. Clisham, then a ferry pilot for air show great Bill Barber, climbed on to the hay wagon that served as the announcer's stand with an offer to help. The TV anchor handed him the microphone, left the scene -- and a legend was born.

Through his own initiative, Clisham recognized that the air show industry needed an eon the announcer's stand -- someone who could combine aviation knowledge and showmanship. Over the years, Clisham defined air show announcing in a way no one else has, with his signature white suit, smooth voice and encyclopedic knowledge of aviation.

Clisham earned the nickname 'Hollywood' where he has been on the screen and behind the camera providing aviation technical guidance for movies and television shows. He has provided on-screen and voice-over work in feature films such as 'Wings of Courage' and 'Skydancers.' As aerial stunt coordinator, he flew as a stunt double or served as safety advisor on 'Where the Buffalo Roam,' 'Moving Violations,' and the television series Baywatch.

Over the years, Clisham's natural abilities and love of aviation have helped earn him more awards and honors than any other announcer in the industry. Among them are the International Council of Air Shows (ICAS) Sword of Excellence, the Clifford Henderson Award, the Art Scholl Showmanship Award, the Bill Barber Award for Showmanship and he was one of the original group of Honorary Canadian Forces Snowbird honorees. In 2007, the ICAS Foundation inducted him into the Air Show Hall of Fame and in 2014, ICAS gave Clisham a special honor for 50 years of air show announcing.