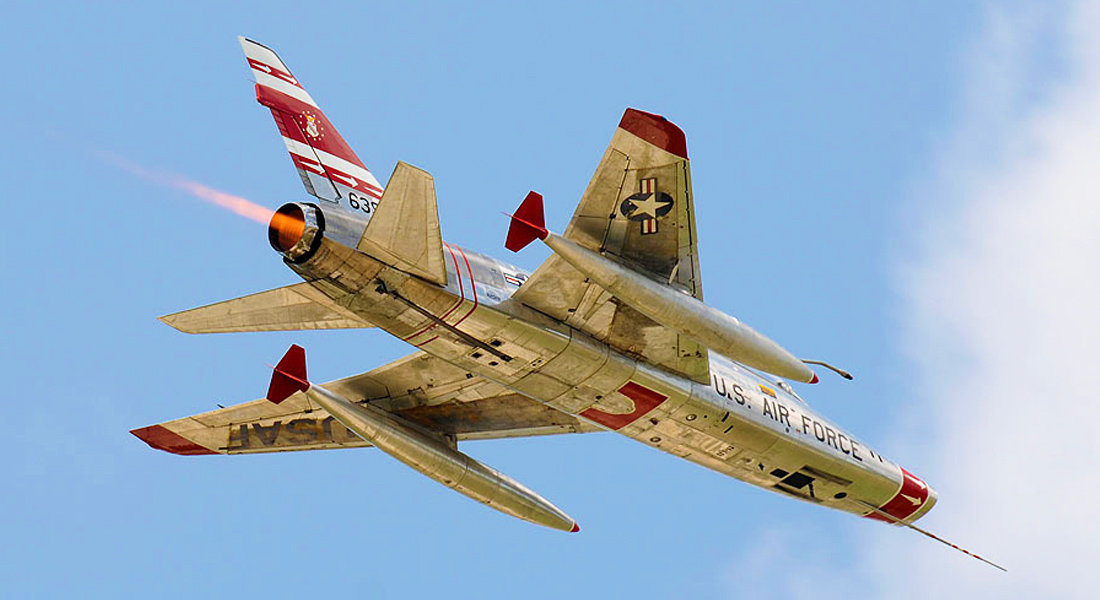 When is the last time you’ve felt the burst of a supersonic jet fighter’s afterburner shock your entire body? The F-100 brings the speed and sound of fighter aircraft that the crowd craves.

The North American F-100 Super Sabre was an American supersonic jet fighter aircraft that served with the United States Air Force (USAF) from 1954 to 1971 and with the Air National Guard (ANG) until 1979. The first of the Century Series of USAF jet fighters, it was the first USAF fighter capable of supersonic speed in level flight. The F-100 was designed by North American Aviation as a higher performance follow-on to the F-86 Sabre air superiority fighter.

Adapted as a fighter bomber, the F-100 was supplanted by the Mach two class F-105 Thunderchief for strike missions over North Vietnam. The F-100 flew extensively over South Vietnam as the air force’s primary close air support jet until being replaced by the more efficient subsonic LTV A-7 Corsair II. The F-100 also served in other NATO air forces and with other U.S. allies. In its later life, it was often referred to as the Hun, a shortened version of "one hundred".