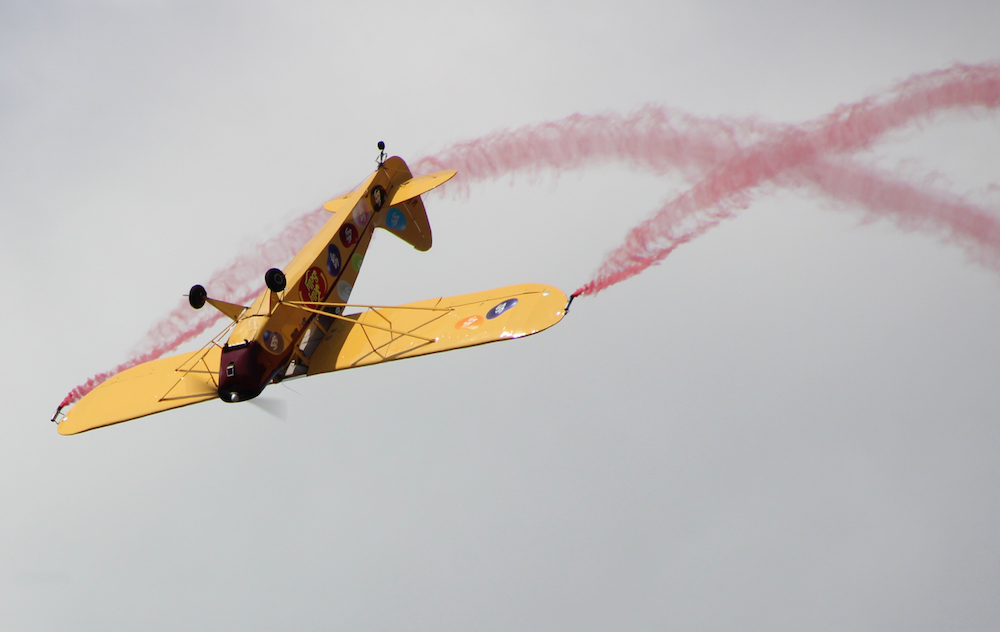 Kent Pietsch, sponsored by Jelly Belly® will bring his aerobatic comedy act to the skies in his bright yellow, jelly bean-decorated 1942 Interstate Cadet aircraft. Pietsch performs extreme maneuvers during his performance such as a dead stick, or total power off, routine from an altitude of 6,000 feet. During the performance, the aircraft’s aileron will fall off during mid-air, and Pietsch will land the aircraft on top of his RV.

Pietsch began his flying career at a young age and at 16 years old, took his first solo flight. Following in his father’s footsteps, Pietsch began flying commercial charters for his father’s company Pietsch Aircraft in Minot, North Dakota in 1974. Soon after, he restored his Interstate Cadet and began flying air shows with his father and brother Gary.