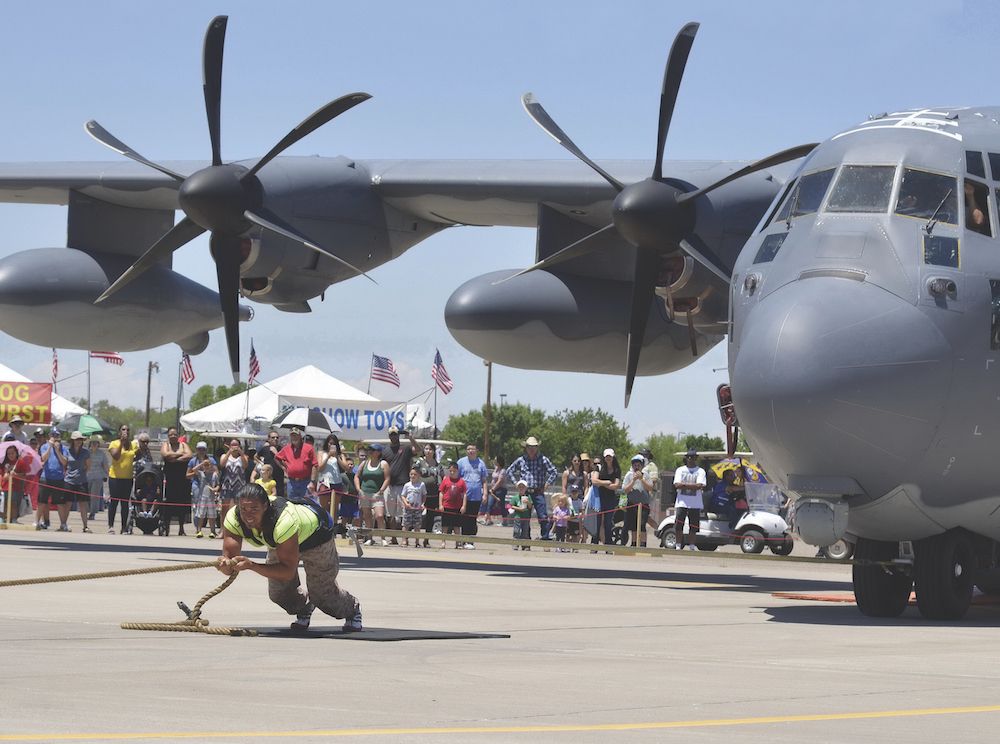 Mark Kirsch is a modern day Hercules. His ‘Man vs. Jumbo Jet’ performance is the only one of its kind in the air show industry and a powerful draw among spectators. With power and determination, Kirsch has pulled aircraft like the F-16, C-130, KC-135, B-52 as well as buses, firetrucks, loaded semi-trucks, tanks and all kinds of other vehicles.

At one time, Kirsch was the picture of a hulking strongman tipping the scales at more than 270 pounds and relying on his sheer size to help him achieve his feats of strength. Kirsch has since slimmed down to 225 pounds, which is better for his health, while maintaining his strength. In fact, he set a record in June 2016 when he pulled a C-130 one hundred feet at Kirtland AFB in New Mexico.

Beyond being a strongman, Kirsch is a showman and entertainer who performs his feats as a way of honoring those serving in the armed forces.