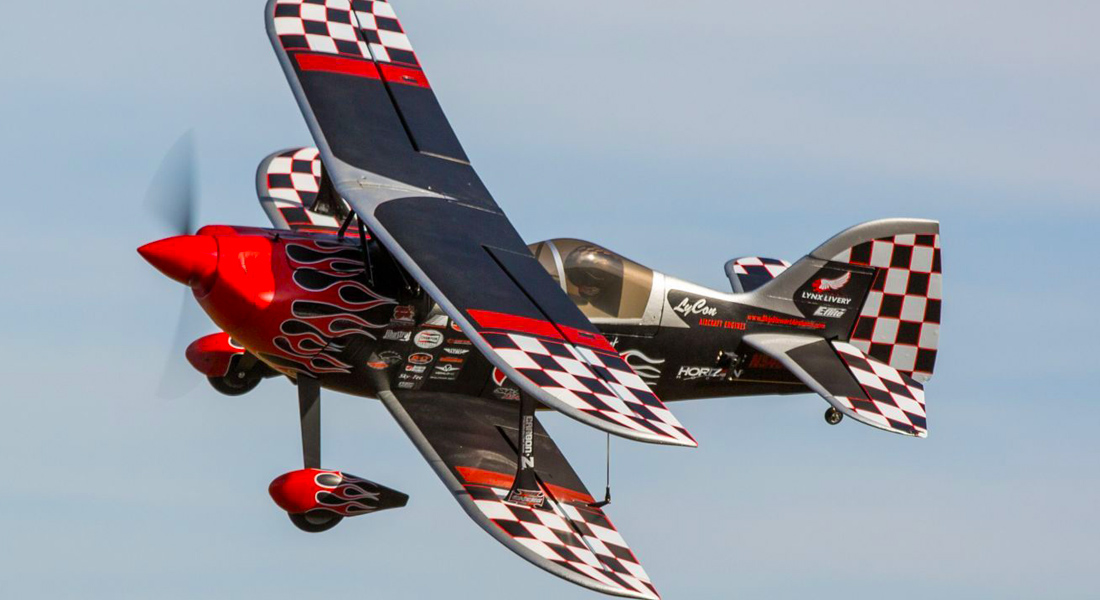 As the recipient of the 2013 Bill Barber Award for Showmanship and the 2015 Art Scholl Award, Skip Stewart has proven to be one of the most entertaining Airshow pilots in the world today. With over ten thousand hours of flying experience, being an Airline Transport Pilot, Boeing 727, and MD-11 Captain, a Certified Flight Instructor, having owned and operated an aerobatic flight school, earned Gold Medals in regional aerobatic competitions, served as Chief Pilot for a Fortune 100 company and with more than fourteen years entertaining airshow fans around the World, Skip feels comfortable saying that he is one of the very best in the business today. Skip's flying has been featured in magazines that include Plane & Pilot, Smithsonian Air & Space, AOPA, Sports Illustrated, World Airshow News, Auto Pilot, as well as in multiple other domestic and international publications. Skip Stewart is the first pilot to fly an airplane under a jumping motorcycle at an Airshow and he also flies with several other pilots forming shows such as the renowned TinStix of Dynamite Act.

Like a streak of blazing lightning from an ominous sky, air show performer Skip Stewart blasts into view in a high-flying aerobatic symphony. You won't get thunder after that lightning, but you will hear an ear-splitting roar that will shake the ground as thousands of fans cheer their lungs to pieces. If a plane could be constructed of pure badassium, it would be called PROMETHEUS. PROMETHEUS brings the flaming fury of Skip's gyroscopic and brain-melting maneuvers. A modified Pitts S2S, PROMETHEUS is going to be the reason your throat hurts from cheering the day after the show.