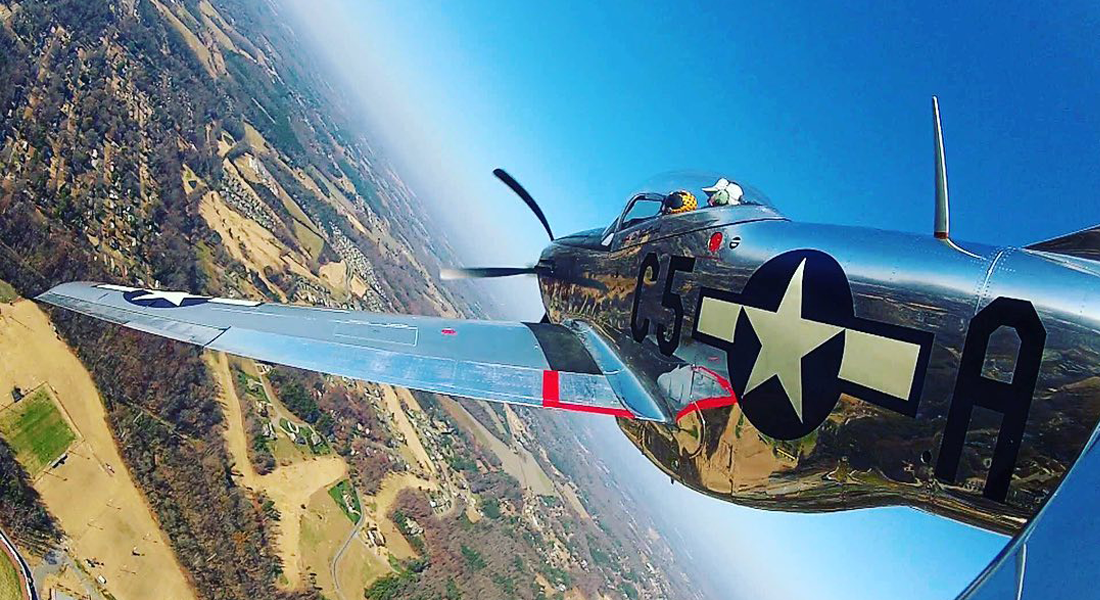 The P-51D Mustang underwent a complete restoration from 2007 to 2012. After several decades on the ground, N5420V’s first flight after restoration was mid-May 2012. Robert Dickson Sr. and his son RT bought the plane in June of 2012 and had it painted as the last mount of then, Lt. Will Foard – “Swamp Fox” C5-A, 364th Fighter Squadron, 357th Fighter Group, 8th Air Force, based out of Leiston, England.

The Dickson’s consider themselves trustees of this important piece of history and want to preserve it by honoring all those past present and future that have served the U.S. Armed Forces.

PILOT: RT Dickson grew up flying with his father and in the general aviation community. He began flying airshows in 1992 in a TEMCO T-35 Buckaroo that the family still owns today.