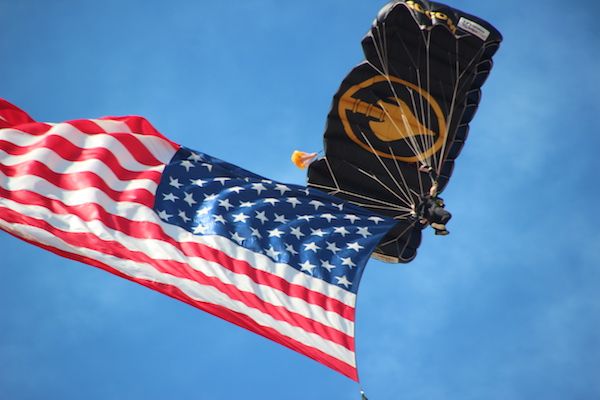 The Para-Commandos are the US Special Operations Command's premier aerial parachute demonstration team. They perform at high visibility events across the nation, informing the public about the US Special Operations Command; the command's mission, and the contributions our 70,000 plus Soldiers, Sailors, Airmen, Marines and Department of Defense Civilians are making across the United States and in more than 70 countries around the globe.