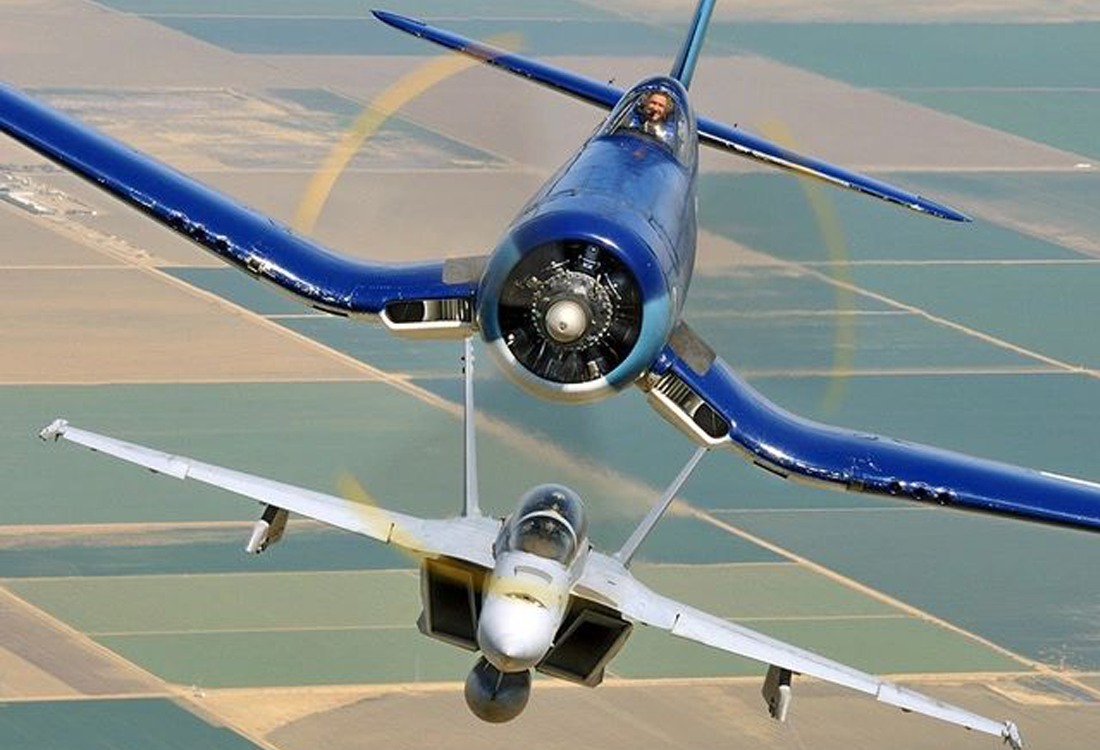 In addition to high-performance tactical F/A-18 demonstrations with a single Rhino, VFA-106 and VFA-122 also participate in "Legacy Flight " shows in which F/A-18's fly in formation with classic warbirds like the F4U Corsair and F6F Hellcat.  Legacy Flight performances provide a unique comparison between the past and present, and they provide some great photo opportunities.  In addition, F/A-18G electronic countermeasure "Growlers" will be performing flight demonstrations at airshows, and then Legacy Flight flying performances with the same type of legacy warbird aircraft.